XI’AN, China – (June 11, 2019) – A spectacular light show at the artificial waterfall and rock garden of the sprawling Tang Paradise theme park is casting its magic spell on visitors since its debut, mesmerizing them with vivid, beautiful projections that exude the glamor and glory of the ancient Tang Dynasty (618-907 AD).

Known as the Silver Bridge Waterfall, the 35-meter wide, 16-meter high attraction is among the centerpieces of this picturesque theme park in the ancient city of Xi’an, drawing thousands of visitors daily. The eye-catching projections are accomplished using four Christie D20WU-HS 1DLP® laser projectors installed and commissioned by Christie’s longstanding Chinese partner Womcomn Technology,  which is also responsible for the venue’s projection design.

“We need a high-brightness projection system that can overcome the outdoor conditions to deliver colorful and lifelike visuals that accentuates the storytelling and fulfill the show’s overall themes,” said Tony Chen, General Manager, Wincomn Technology. “As well, the projectors require a reliable and robust light source that can withstand the rigors of daily outdoor use. After much consideration, we decided that the laser-illuminated Christie D20WU-HS is most suitable for this project.”

He noted that the primary considerations when executing projections in an outdoor environment are conditions of the projection surface and its surroundings. During the site survey, the Wincomn team observed that existing environmental conditions such as the uneven terrain and darkish tone of the rockery, as well as the rapid flow of water cascading downhill could affect the quality of the projections. Fortunately, these challenges were short-lived.

“We managed to overcome the environmental conditions with the Christie D20WU-HS, which would otherwise be a daunting task for our team,” Chen continued. “Its high brightness of 20,600 ISO lumens produces brilliant visuals, while Christie’s patented Boldcolor Technology offers enhanced color performance and saturation over standard laser projection. This ensures color accuracy and effectively resolves the dark color tone of the rocky terrain.”

Other features, such as the built-in Christie Twist™, made it quick and easy to set up and calibrate unconventional surfaces, allowing a clear and complete projection on rugged landscapes. The projector’s small footprint, lightweight and omnidirectional capabilities also simplified the installation process, and all four units remained unobtrusive even after they were housed in two projection towers overlooking the waterfall. On top of that, the D20WU-HS’s long-life laser light source offers up to 20,000 hours of maintenance-free operation, ensuring optimal performance and reducing the hassle of maintenance and repair.

The contents of the projection show comprised mainly of flora and fauna featured prominently in Chinese culture, including peonies, flourishing blossoms, butterflies and mystical deer, creating elegant scenes that depict natural beauty and tranquility. Through Wincomn’s masterful projection design, the displayed contents blended seamlessly with the flowing water on the rock garden to present a dynamic landscape that adds greater charm and grandeur to Tang Paradise at night.

The management of Tang Paradise is delighted with the end results, which met its vision of effectively combining the existing landscape with the state-of-the-art projection mapping effects to enrich the nighttime display of the Silver Bridge Waterfall, delivering an unprecedented and mesmerizing viewing experience to visitors. 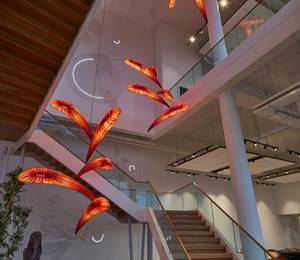 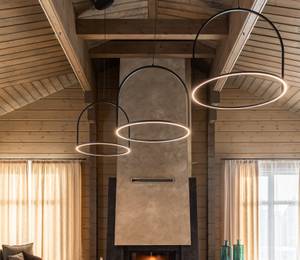