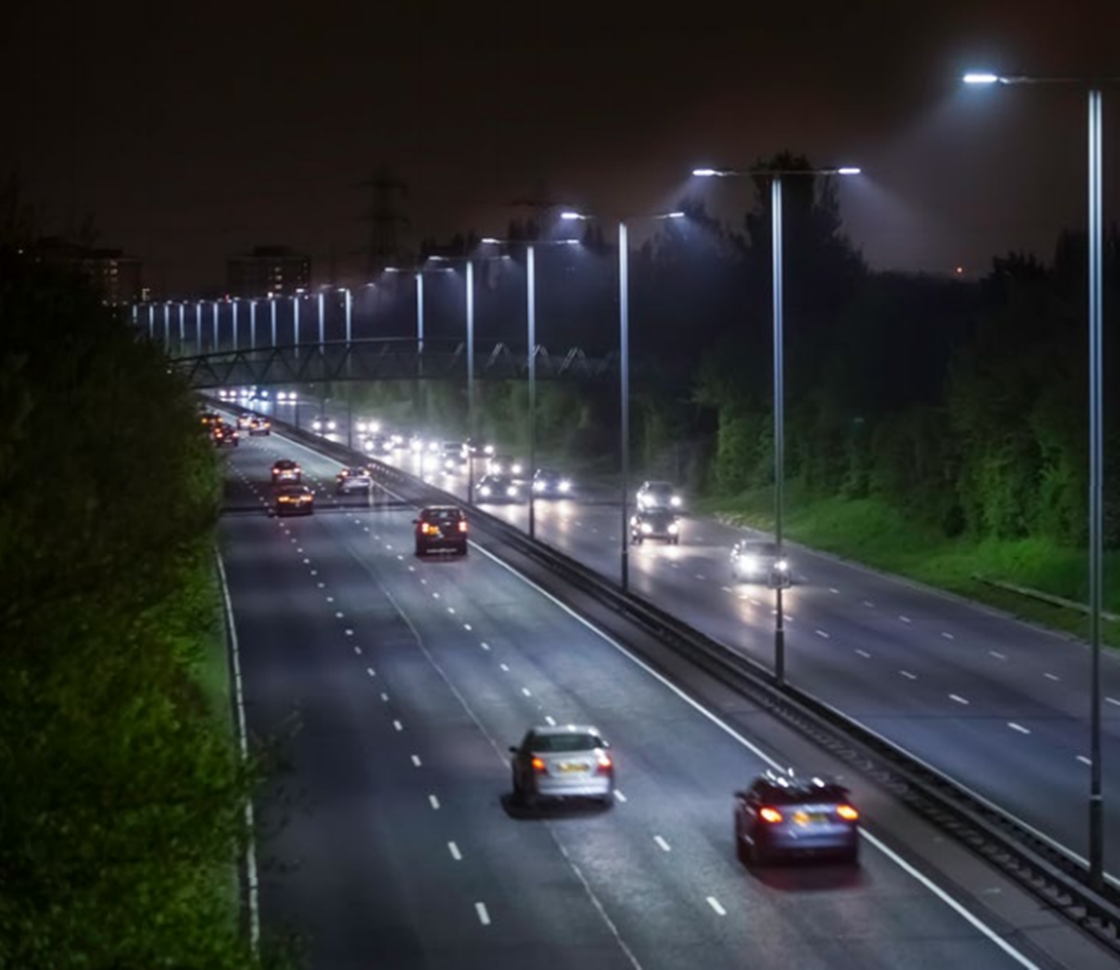 The ‘dull North Circular roar’ of the A406, immortalised in Guyanese poet Grace Nichols’ poem ‘Island Man’, reverberates for more than 25 miles of road running from Chiswick in West London to Woolwich in the east. In conjunction with the South Circular Road, the A406 forms a ring road around Central London, connecting the Outer London Suburbs such as Wembley, Willesden, Ealing, Southgate, Tottenham, Woodford and Barking.

The A406 incorporates a variety of road types, from six-lane dual carriageway to urban streets with adjacent residential buildings. London is one of the busiest cities in the world and the popularity of the road, in conjunction with the diverse route layout, means that vehicular congestion is a regular issue. Schréder worked with Ringway Jacobs to regenerate the road lighting on the North Circular Road as part of the North East segment of Transport for London (TFL).

Ringway Jacobs was responsible for the design and installation from conception to completion and the project is part of TFLs wider aim to completely regenerate London’s street lighting. An important aspect of this scheme is the connection of every TFL managed luminaire to its Harvard central management system (CMS). This will enable TFL to operate switching and dimming centrally and in real time, rather than having to rely on photocells attached to each individual luminaire.

Previously, each luminaire would activate individually based on the reduction in the level of daylight, causing individual luminaires to come on and switch off at different times. With the new centrally managed LED scheme, TFL can operate dimming and switching depending on weather and traffic requirements