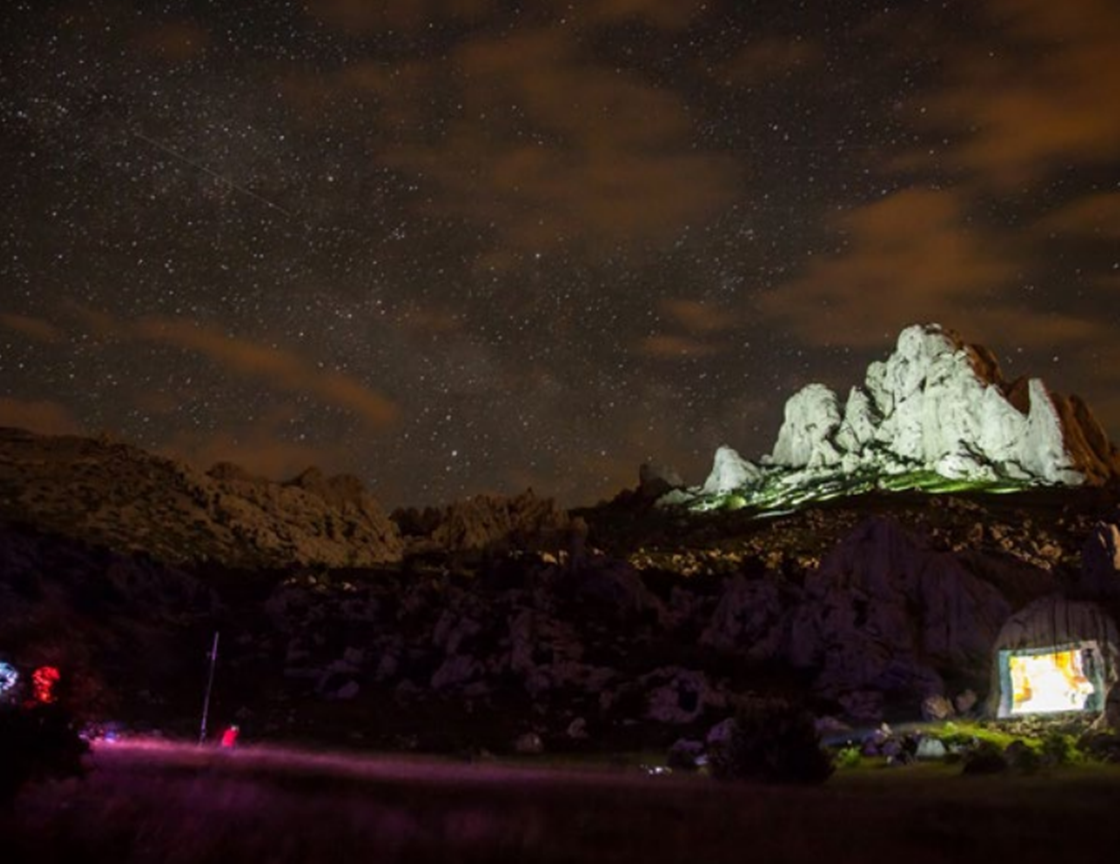 German lighting design company MBLightarts was tasked to put together a multimedia show – they sketched the setup based on satellite images and local maps, studied some of the effects locally and took equipment and staff to Croatia during the first week of June, having had their debut on the 6th of June.

The team took in total 34x SGM P5 RGBW washes to lit up the rocks, split in 8 groups, each with a 5.2kVA generator, as there was no power supply on-site. In order to control these fixtures, MBLightarts used W-DMX™ from Wireless Solution – 6x WhiteBox F-1 G4S transceivers were used, some with the standard 3dBi omni-directional antennas [where the distance was shorter], and the remaining with the Outdoor 8/10 Dualband Antenna.

“The furthest receiver was at 1km from the transmitter”, said Samuel Siegel, of MBLightarts. “Using W-DMX™ was extremely important in this circumstance, due to the extreme terrain, long distance to the lights, and the fact that a great part of the terrain had war mines, left from the war in Yugoslavia!”. The chosen desk to operate this one-of-a-kind event was a HOG4, which was positioned 800 meters from most of the rig.

The overall experience seemed to be quite eventful for the team – a storm came down on the first day of fit-up [just to prove how good the IP rating of all the fixtures and transceivers was], several struggles with the tough terrain, and even an unexpected visit by a pack of wolves [which were definitely not part of the local crew!].