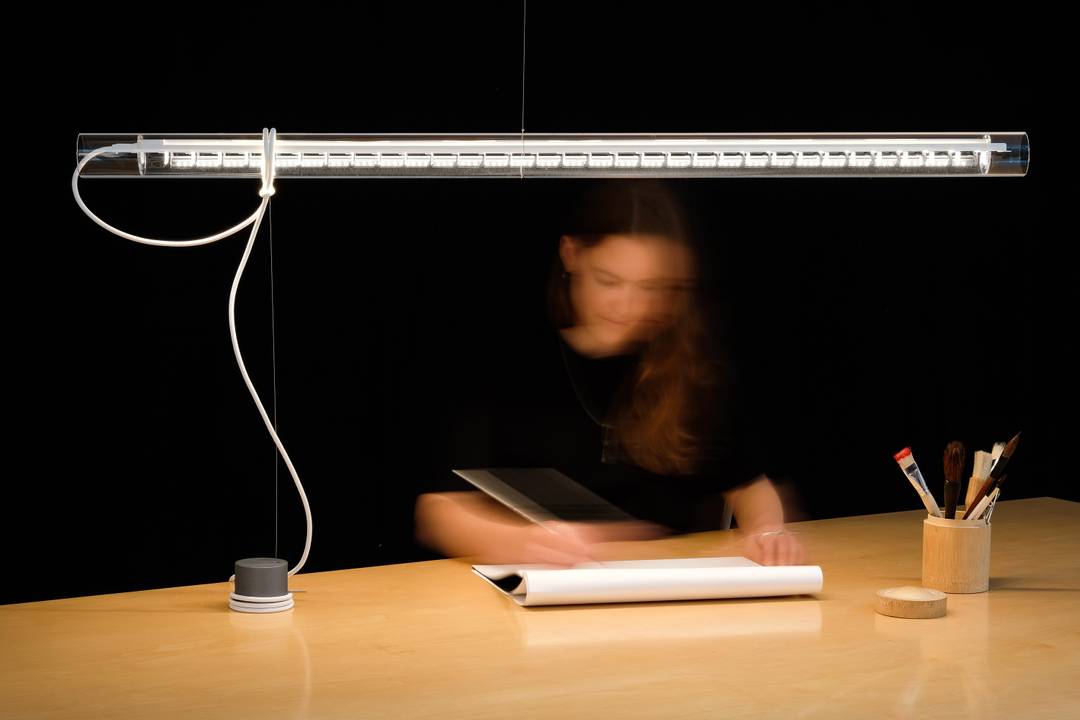 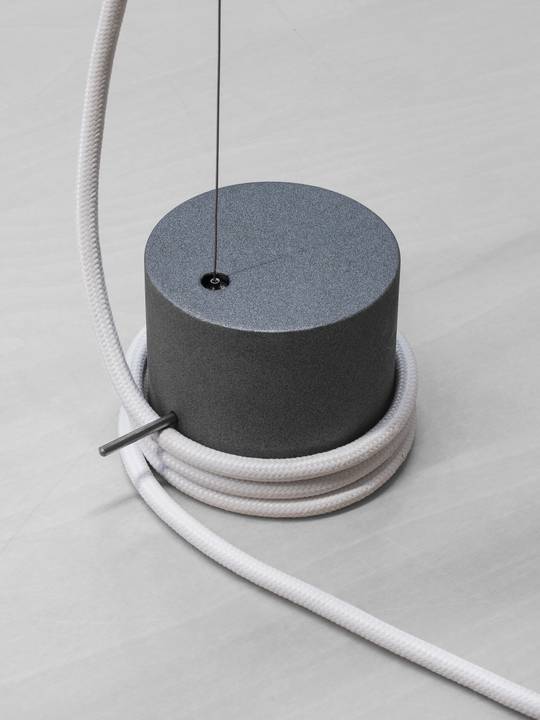 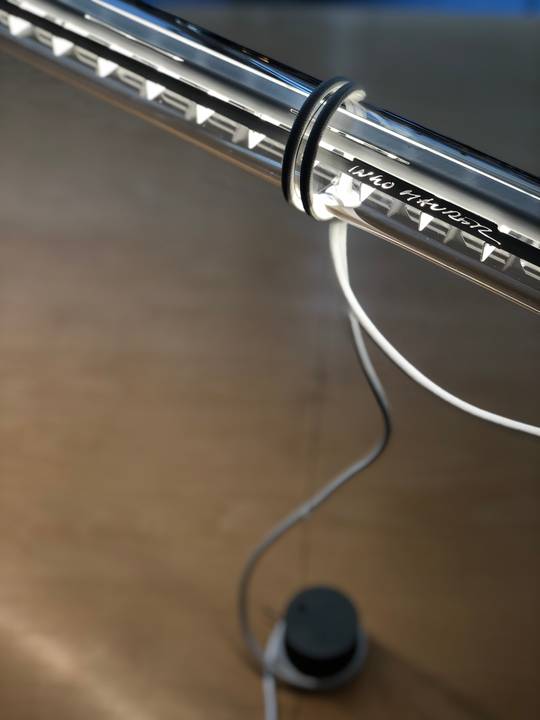 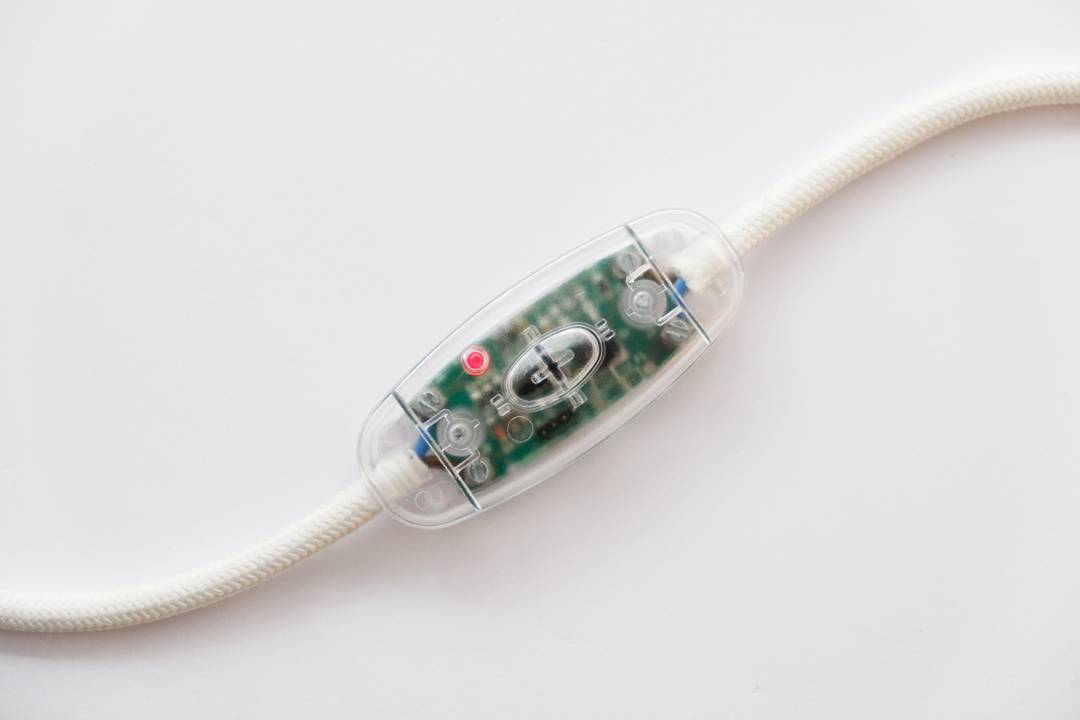 Munich, Germany – With “Tubular Balance”, Ingo Maurer GmbH is introducing the newest member of its “Tubular” lamp family, brought to you from the creative mind of Sebastian Hepting. Measuring 125 cm long, the light of the intricate glass tube luminaire table version covers a large area, m aking it ideal for desk or office lighting. The glass tube attaches to the ceiling with a thin rope and, in this newest version, stands on a luminaire base. Acting as a counterweight via a tension cable, it keeps the transparent glass tube suspended in mid-air. “Tubular Balance” is a hybrid between a pendant light and a table lamp and can be connected to a socket without the need for a ceiling outlet. Lighting designer Sebastian Hepting presented the new table lamp for the first time at the Design Post Days in Cologne on 1 October 2021.

Hepting chose an unprocessed borosilicate glass tube for his design in which numerous LEDs are strung together like pearls. A coloured textile cable is loosely wrapped around the glass tube, creating a striking juxtaposition with the linear character of the light fixture. “Tubular Balance plays a graceful balancing act that combines an air of weightlessness with stability,” says Sebastian Hepting, describing the new luminaire, adding that “it does not need to be stabilized by an arm due to an ingenious system of delicate tension cables and seems to defy the laws of gravity.” Inspired by a ship’s mooring lines that are wrapped around a bollard at the harbour, the textile cable winds around the base of the lamp, making its way upwards to the glass tube. It is both decorative and functional. Customers can choose between a red or a white textile cable. Special colours are available upon request for larger quantities: the luminaire is customisable and can be combined with different coloured cords

Thanks to its variable nature, “Tubular Balance” lends a versatile element just as the pendant lamp “Tubular” does. The glass luminaire with continuous dimming offers ambient lighting to both a private and a professional setting – whether as a table light at home, in the kitchen, in restaurants, over a bar, in hotels or boutiques. No ceiling outlet is required for the multipurpose “Tubular Balance”. Simply plug the linear luminaire with high luminous flux into a socket. The glass tube can also be rotated 360° in the cable loops, allowing for a precise tabletop lighting setup. It can even be positioned as a wallwasher or uplight. 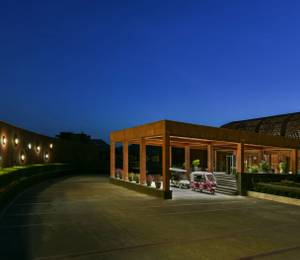 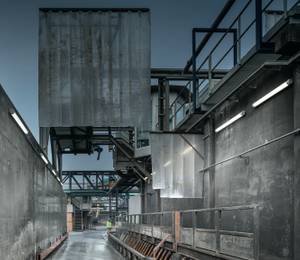 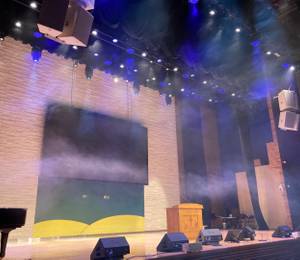 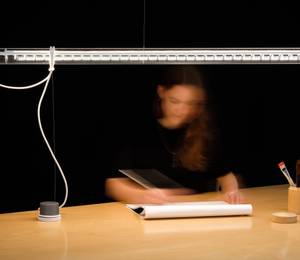